You are here:
Blog
Motor Fault Detection and Diagnostics

Motors are the key component to many types of machines. We are specifically referring to three-phase induction motors. They run compressors, fans, blowers, elevators, pumps, conveyor belts, and turbines. Motors are simple and robust but they can fail.

The average failure rate for time to first failure is about 3.13%. Different components of a motor have different likelihoods of failure. Given a faulty motor, this is the likelihood of failure for the primary components:

*A motor fault doesn’t necessarily mean it will stop working; however, the motor may be inefficient or close to complete failure and should be inspected.*

How can Verdigris detect motor faults? 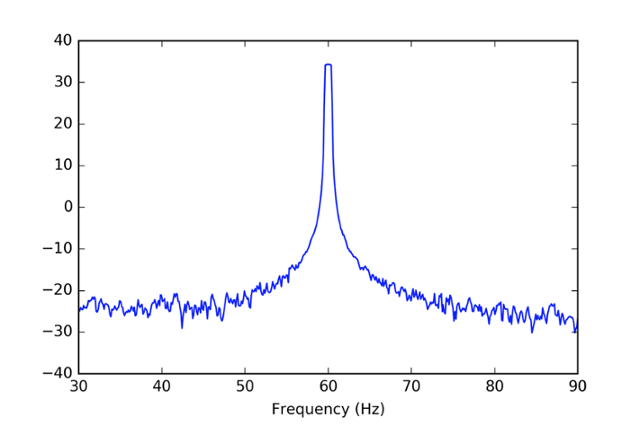 Figure 1. Frequency spectrum of the current from motor with no broken rotor bars 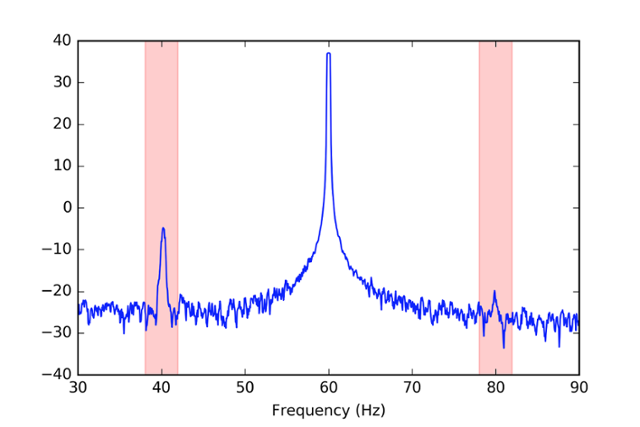 Figure 2. Frequency spectrum of the current from motor with a broken rotor bar

What does Verdigris tell you?

After our design sprint, we integrated motor faults into our tracker mobile app and weekly reports. Our algorithms will continuously monitor the health of your motors. If we detect a fault, we can alert you immediately, long before your building management system (BMS) or technicians can. Additionally, we will keep you updated on all your motors in your weekly report. Figures 3 and 4 show what we have built. 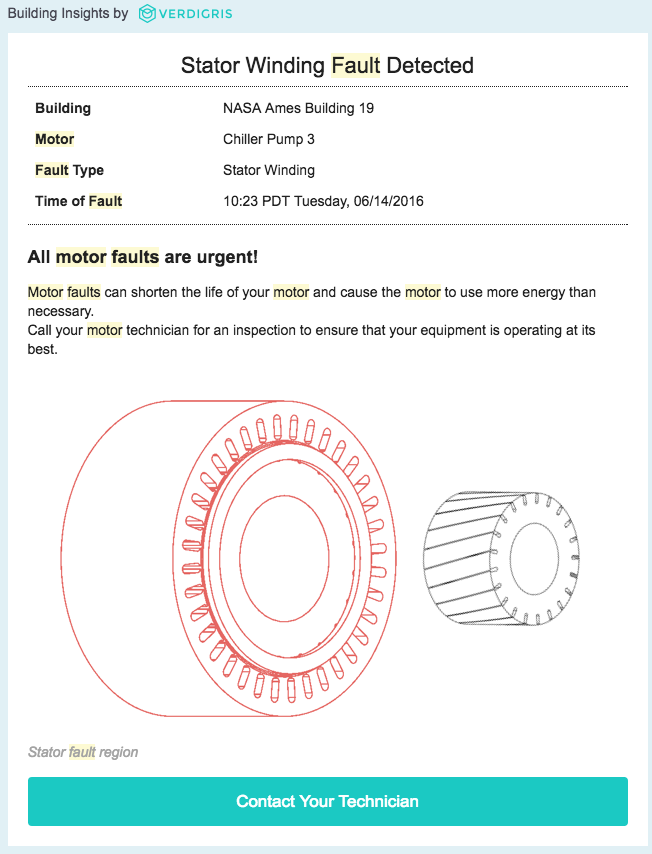 Figure 3. Example of an email notification 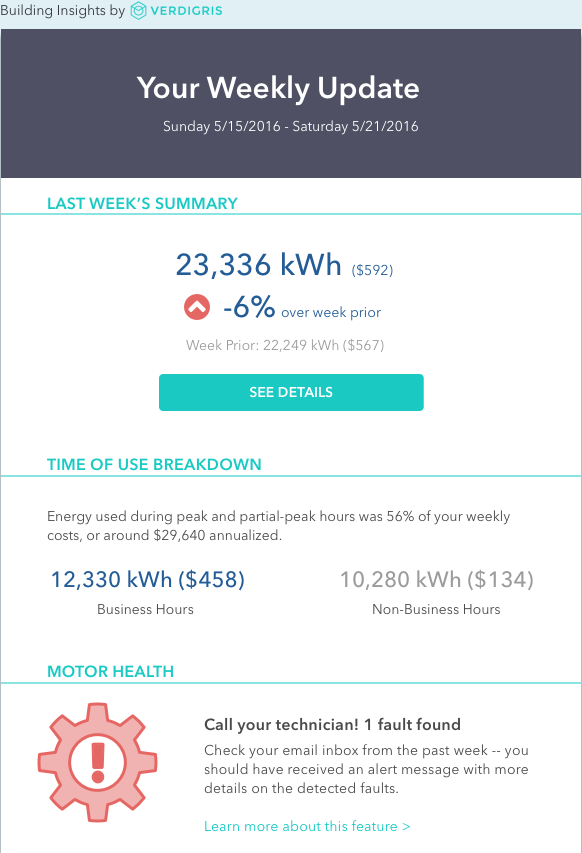 Figure 4. Example of a weekly report

How does Verdigris do it?

We spent several months researching and developing our own MCSA algorithms. We collected several types of motors and created a motor test bed. Then we broke a few motors in controlled ways to simulate real faults. To simulate stator winding faults we removed the insulation at several points and soldered wire leads to create shorts within the stator winding on demand, see Figure 4. To simulate broken rotor bars, we drilled through the rotor bars, two rotor bars were drilled in Figure 5. We gathered a dataset of motor data and validated that our fault detection algorithms were accurate. We have released algorithms that detect broken rotor bars and stator winding faults, more are under research. 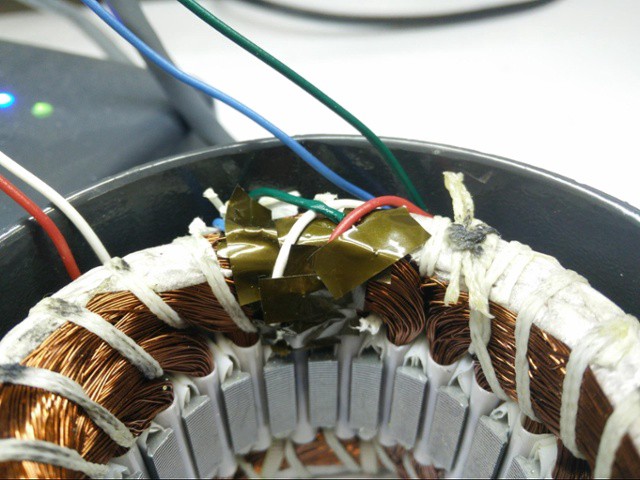 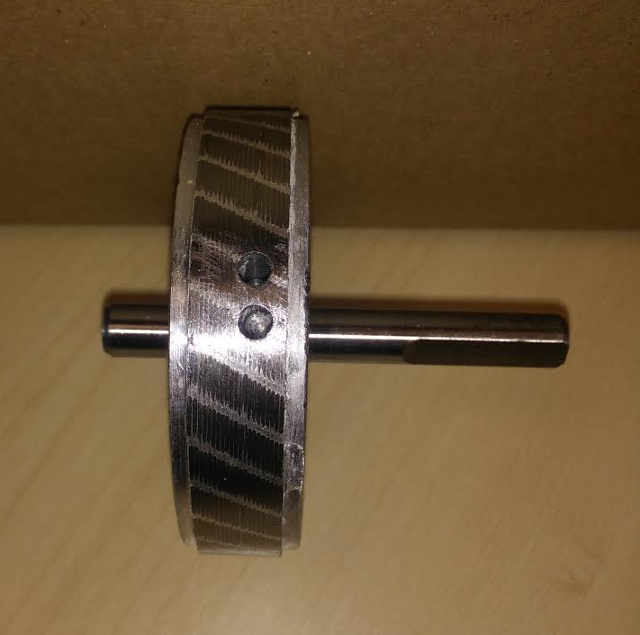 What does this mean for your facility?

When you install a Verdigris system in your building, let us monitor your mission-critical motors. It’s important to detect faults early-on so that repairs can be made before it is too late. BMS software cannot detect faults until the motor is beyond help, and technicians don’t have time to inspect motors frequently enough. Verdigris will alert you at the first sign of a fault, allowing you to save money in the long run.

Talk to a Product Specialist